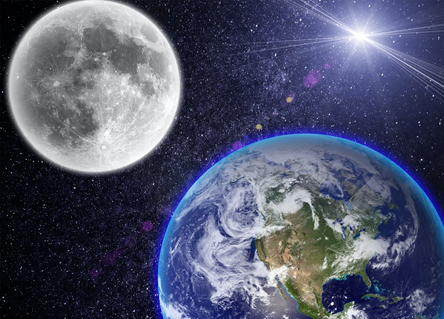 Think of the last time you were presented with a problem and had to solve it. This can be any kind of problem. Maybe a lightbulb went out in your house and you wanted to fix it or maybe a friend told you to meet them at a certain restaurant, but you don’t know how to get there. Perhaps you’re the head of space exploration company trying to figure out how to put a man on mars (if you’re Elon Musk, please call us at 734-369-6401).

Regardless of the significance or complexity of a problem, it can be broken down into three basic parts: An initial state in which a person begins, a goal state that is to be attained, and an intermediate state where various methods are used to try to reach the goal state. Obviously, the methods vary quite significantly in complexity and difficulty between changing a lightbulb and putting a man on mars.

Now, some problems are fairly straightforward and well defined, meaning that there is a clear initial state, the room is dark because the lightbulb has burnt out, a clear intermediate state, I can go to the store to get lightbulbs, and a clear goal state, the room being well-lit again. Others, such as choosing between many different project proposals on a limited budget, are not so well defined. For these sorts of problems, representation is KEY!

How does representation affect problem solving? Let’s have a look: Picture a large piece of paper that is 0.1mm thick. In your imagination, fold it once (now having two layers), fold it once more (now having four layers), and continue folding it over on itself 50 times. For the sake of the problem, pretend that it’s possible to fold a paper that many times, and that each fold is exactly in half and leaves no gap, effectively converting one sheet of paper into two sheets of half the size stacked on top of each other. How thick would the paper be after 50 folds?

Most people guess a distance that is much smaller, because it’s almost impossible to represent this problem in your imagination. In contrast, If I asked you to solve it with a piece of paper and an equation, it wouldn’t be so difficult to arrive at the correct answer.

The same idea holds true in a conference room where the heads of different departments are convening to discuss which projects the company should undertake. They could struggle through an excel spreadsheet, arguing and trying to incorporate each department’s needs only to end up with bruised egos and biased decisions unaligned with the true goals of the company. OR…they could choose to take a more collaborative, transparent, and consistent approach. Our research at Allovance has led to the development of a structured project prioritization and decision-making software that does exactly this. Designed specifically to represent strategic and capital planning problems, yet flexible enough to tackle other prioritization needs as well, Allovance “folds the paper for you” and bridges the gap between high level strategy and the work on the ground.

It takes true leadership to make that call and even more tenacity to see it through.  Schedule a free 15 minute consultation today to see if Allovance could help your business make smarter decisions.