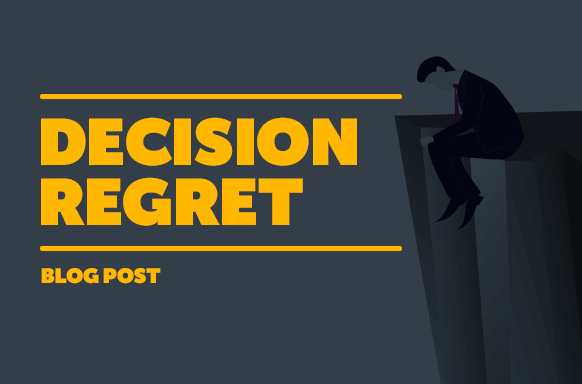 Decision making is a rational, deductive process. In fact, we learned that gathering data, weighing options, and analyzing cost and benefit is the rational way of coming up with answers. There is another process at play while we are using our reasoning skills, and it is hard to describe as we know we are inclined to an option, yet we don’t know how we know. As if we have no descriptive words for that inclination.

In 1779, Benjamin Franklin wrote a letter to his nephew advising him on a process to reach a decision about which of his two girlfriends he should marry.

“If you doubt, set down all the reasons, pro and con, in opposite columns on a sheet of paper, and when you have considered them two or three days, perform an operation similar to that in some questions of Algebra; observe what reasons or motives in each column are equal in weight, one to one, one to two, two to three or the like, and when you have struck out from both sides all the equalities, you will see in which column remains the balance. This kind of Moral Algebra I have often practiced in important and dubious concerns, and though it cannot be mathematically exact, I have found it extremely useful. By the way, if you do not learn it, I apprehend you will never be married.
I am ever your affectionate Uncle
B. Franklin”

This process outlined by Franklin is dubed the ‘moral algebra’, it is a process that many consulting and decision making models are based on. That is the process of quantifying alternatives and demystifying criteria and preferences, which highlights the Allovance method.

But what about that itch? That inclination to do opposite of what weighs more on your ‘Moral Algebra scale’? The beauty of insightful rational thinking is that in the process of exploring your priorities and your values, subconscious processes gain presence in your conscious awareness. By inviting you to label and prioritize your goals and preferences, the Allovance method helps you explore values you didn’t consciously consider. They were there, they were swaying you, yet didn’t gain much weight in your scale until you mindfully paid attention to the “itch” of wanting to choose the less obvious, less rational side.

This reminds me of a game used in counseling called the value sort cards. The client would be given a deck of cards each representing a value, and asked to sort them out according to priority and relevance in their lives. It took clients some thought, over a few sessions sometimes to figure out what values mattered more to them. This is the process by which we bring about to our conscious awareness our subconscious needs and wants just by giving them space and presence.

Exploring, labeling and characterizing is an enriching experience both on a personal and a professional level. Labeling your criteria, demystifying your inclinations, prioritizing your values induces a process of self-exploration that helps create an informed and enlightened choice.

View All Use Cases